In May 2012 Dior launched a short film called Secret Garden – Versailles. A few days ago Dior uploaded a new short film named Secret Garden 2 – Versailles. I am fascinated by the gold necklace in the film, I tell you I would turn twice if I see a woman who wears that necklace. Underneath the video there are a few still shots that inspire me and help me visualize a woman that I would personally design for. 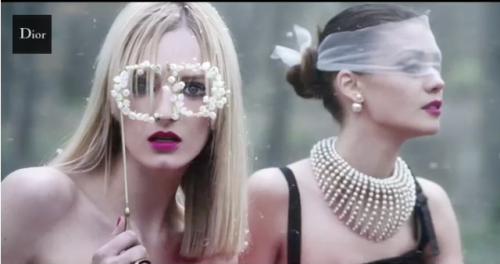